Robots built by students in the West Midlands competed over two days at FIRST® Tech Challenge UK’s regional tournament at RAF Museum Cosford in Wolverhampton. The winning teams will now progress to London’s Copper Box Arena in March where they will compete to represent the UK in the world championships in May, held in the USA, alongside 40,000 young people from 100 countries.

The event was powered by Collins Aerospace and fuelled by volunteers from the aerospace industry keen to inspire young people with the boundless career possibilities in aerospace and STEM. Teams from across the West Midlands and southern Staffordshire area competed in alliances for a championship spot and impressed the judges, winning several awards with their collaboration, ingenuity and professionalism.

Miss Rebecca Fallows, Teacher of Electronics/Computer Science at St. Margaret Ward Catholic Academy, Inspire Award winners on day 1 said: “I’ve watched the team grow since last year and they have worked so hard to inspire other students in their school. The shock on their face when they won was amazing, they’re so excited and they’re already talking about what they’re going to do at the championships and how they’re going to improve next year.”

Mr Farrall, Design Technology Teacher, and Mrs Brabbs, Science Teacher, St John Fisher Catholic College said: “The team won the Innovate Award last year; to come away this year with the Inspire Award is fantastic. They have a real sense of knowing what their team roles are and work really well together. The team has chosen STEM subjects to carry on with their learning and in a couple of years time, if we’re taking part with some Year 7’s, this team will become the team leaders. We would like them to leave this season feeling really proud of what they’ve achieved knowing that they gave it their all.”

Ed Cervantes-Watson, CEO at FIRST Tech Challenge UK, said: “Events such as these are critical in raising aspirations and understanding of the possibilities in technology, engineering and beyond. The talent and teamwork demonstrated by young people working with industry was phenomenal. Teams with varied experience collaborated to share their strengths and returning teams demonstrated clear progression, applying their experience through gameplay and communication.”

FIRST UK is more than a tech education charity. While the programme aims to make STEM (science, technology, engineering and maths) less intimidating and more inclusive, it is also connecting young people with industry, providing new role models and teaching vital skills. Through the programme young people work on their soft skills – such as problem solving, working and collaborating with others, and building confidence and resilience.

Meeting weekly from September until March, teams of up to 15 young people aged 12 to 18 design, build and programme a robot to take on a global challenge with support from an industry mentor. FIRST UK has worked alongside industry to co-create content linked to the curriculum that gets young people thinking and operating like a business team, adopting roles found in the workplace.

FIRST UK is backed by businesses keen to bridge the gap between education and industry, building an inclusive talent pipeline equipped with the skills needed for tomorrow’s jobs – the Midland’s tournament is in partnership with Collins Aerospace. It is estimated that the shortage of STEM skills in the UK is costing businesses £1.5 billion a year as they struggle to hire, train and retain talent. Research from 2018 shows that there’s a shortfall of over 173,000 workers in STEM in the UK.

Ed Dryden, Vice President Actuation Systems at Collins Aerospace, commented: “Collins Aerospace is thrilled to be a part of the FIRST Tech Challenge UK taking place close to our Wolverhampton facility. At Collins we want to inspire children, regardless of their background, to explore all career opportunities available to them, particularly in the areas of engineering and technology. The robotics competition offers a fantastic opportunity to demonstrate the fun side of STEM, while also building students’ confidence and teaching them relevant life skills.” 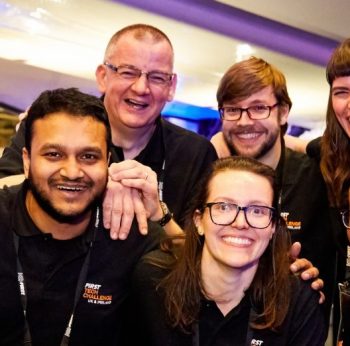 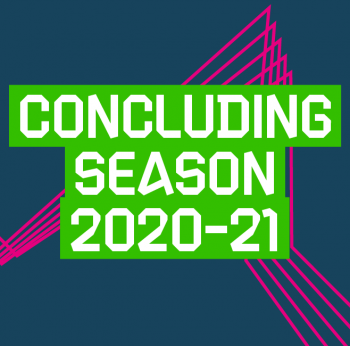 Concluding a phenomenal season – national awards and beyond!